What is a Follicular Unit? 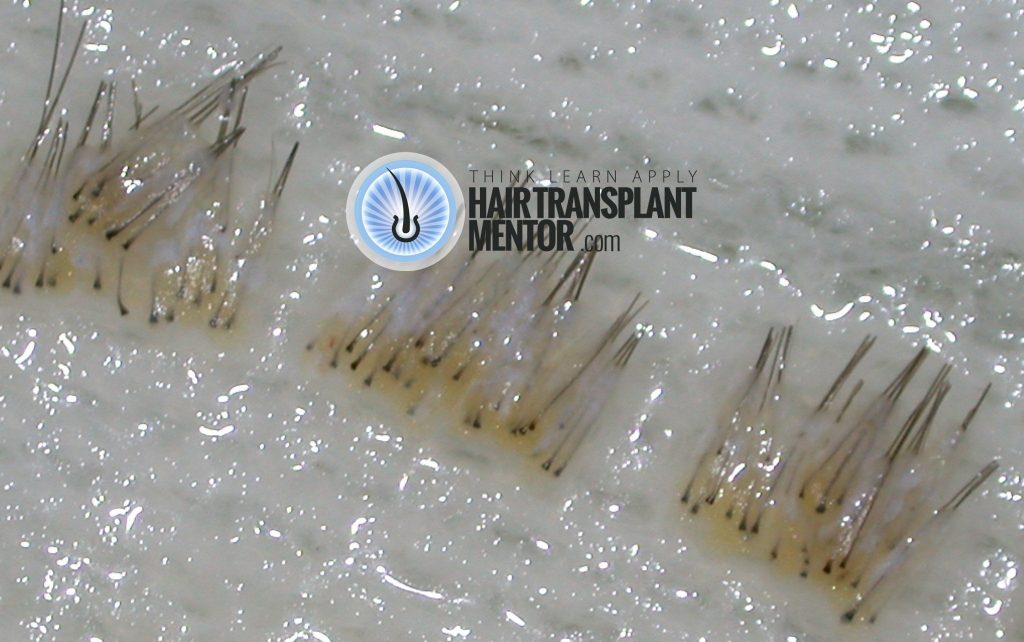 The follicular unit is a natural grouping of hairs on all mammals. A common misconception about hair growth is that all hairs grow out of the scalp separately (aka “single hair growth”). While there are singular hairs that do in fact grow individually, these isolated instances only account for about 20-30% of all the hairs growing on the scalp at any given time. This will vary based on ethnicity. The rest of the hairs, known as follicular units, grow very close to each other, and sometimes even out of the same exit point. They appear as closely-clustered units consisting of two, three, four, and sometimes even five hairs per grouping.

A History of The Follicular Unit

The follicular unit was first mentioned in 1984 by Dr. John Headington’s paper, “Transverse Microscopic Anatomy of the Human Scalp”. At that time, physicians had to use jeweler’s loupes during a hair transplant, which offered an extremely limited range of magnification. As a result, the physician would inevitably transect (damage) a large portion of follicular units when dissecting the donor strip, often to the point where many of the hairs are rendered useless. This procedure was called mini-micro grafting (and hair plugs before that), and the high transection rate made it impossible to achieve the density that hair transplant patients can achieve today.

It was not until years later, in the late 1990’s that Dr. Bobby Limmer of San Antonio, Texas introduced the use of stereoscopic dissecting microscopes. This development meant that physicians were able to preserve the fully intact follicular hair unit. These microscopes gave physicians the enhanced magnification levels that they needed to remove the follicular units as true natural groupings. In other words, to dissect them as they existed in nature.

This revolutionary breakthrough is what allows physicians to perform follicular unit strip surgery (FUSS) as a standard practice. To briefly recap:

Even more recently, physicians have discovered another way to transplant hair without using a donor strip at all. This technique is known as the follicular unit extraction (FUE) method.

Prior to these techniques, however, physicians had to rely on mini-micro grafting. To briefly recap:

Although some hair transplant clinics still utilize micrografting, the majority of hair clinics have since moved on to the more modern procedures of FUSS or FUE.