What Are Loupes in Hair Transplant Surgery? 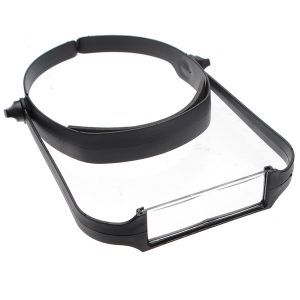 What are hair transplant loupes? For many years plug surgery was the dominant form of hair restoration surgery worldwide. Strip surgery, as we know it today, is referred to at FUT or “follicular unit transplantation”. This was not always the only form of strip surgery however as mini-micro grafting preceded FUT and was the immediate successor to plug surgery. Mini-micro grafting was first adopted as an alternative to plug surgery in the middle 1980’s and quickly became the preferred method for transplanting hair from the healthy donor zone to the recipient scalp. The major advantage that mini-micro grafting presented, when compared to plug surgery, was increased naturalness both for the donor and the recipient zones. The recipient scalp improvement was only possible due to the adoption of loupes, sometimes referred to as “magnifying loupes”. Loupes allowed technicians that were assisting the doctor to better visualize the hair bearing tissue so that smaller grafts could be dissected away from the donor tissue for implantation into the recipient scalp.

How Do Loupes Work?

Loupes contain one or two lenses that magnify the technicians field of view by 3x to 5x (sometimes slightly higher). The lenses are attached to two arms that are connected to a headband that supports the full weight of device on the technicians head. Lighter designs are preferred to reduce fatigue but various designs are available depending on the specific need. Loupes are still used today to aid in the execution of more modern FUT procedures and for the more common procedure known as FUE (follicular unit extraction). However, in FUT loupes are only used by the doctor for excising the strip tissue and for when the doctor and/or the technicians are placing grafts into slits prepared in the recipient scalp. 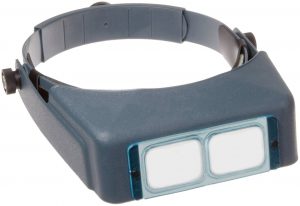 Loupes played an integral part in the progress toward more natural results for patients. Plug grafts were roughly 4mm in diameter can would contain twenty to forty hairs, depending on donor density. Mini grafts, when prepared using loupes, would contain roughly six to twelve hairs and micro grafts would contain one or two hairs. However, due to their limited magnification, many of the grafts that were being separated based on their hair count would be inaccurately classified. This is because many of the single hair grafts would have a second, third or even a fourth hair that was not easily seen so the results of the hair transplant, particularly in the hairline, would still look unnatural compared to a hairline that never received any surgical intervention. While doctors and their marketing brochures of the time would claim that only single and double hair grafts should be used for a natural hairline, the use of loupes did not fully allow for such results to manifest. In addition to multi-hair grafts finding their way into the hairlines or the day, the transection rates for these procedures when using loupes meant that many grafts were damaged or destroyed by the dissection process. Increased refinement was necessary for the most natural results possible which did not become possible until the introduction of stereoscopic dissecting microscopes in 1996. This addition to the strip procedure would eventually lead to the procedure being referred to as follicular unit transplantation or “FUT”.

What Kinds of Disorders are caused by Hyperthyroidism?

Hyperthyroidism is known to cause the following complications:

A 2008 study found a direct link between “excess levels of thyroid hormones (T3 and T4)” and “altered hair/skin structure and formation”. That is to say, a hormonal imbalance can contribute to the loss of hair anywhere on the body. The study even compares the similar style of hair loss to effluvium, though it does not specify whether the loss more closely represents anagen effluvium (hair fractures at the shaft) or telogen effluvium (the bulb keratinizes and sheds in abundance).

The study goes on to link T3 and T4 levels to deformations in the hair follicle cycle as well as the overall pigmentation.

How do I know if I Have Hyperthyroidism?

Your doctor will be able to diagnose a thyroid disorder after performing a blood test that measures the levels of T3 and T4 in your body. Your doctor may also test the blood for autoimmune antibodies to see if your immune system is in a heightened state of response. The blood test may look for a third hormone that the pituitary gland secretes that may overstimulate the thyroid gland. A medical scan may be able to detect any abnormal growths on or around the thyroid gland as well.