What are Langer’s Lines? 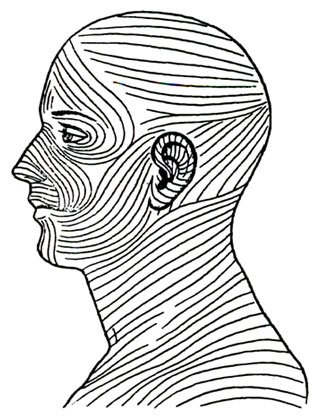 Sometimes referred to as “cleavage lines”, Langer’s lines are lines that are drawn along the body prior to surgery. They are especially popular for cosmetic procedures. Langer’s lines were discovered in the 1800s by an Austrian anatomy professor named Karl Langer. He was the first person to propose that the skin is anisotropic, meaning that it contains directionally-dependent properties. The opposite is isotropic, which means that an object will retain its physical properties regardless of direction.

Collagen is a type of protein that forms many of the connective tissues within the human body. This anisotropic protein structure has a natural direction of growth, much like the grain of meat. If a surgeon can make an incision that is in the same direction as the collagen, the wounds itself will heal much more neatly. Conversely, an incision going against the natural direction of the collagen will, in turn, create a comparatively jagged wound that takes much longer to heal. A cut against the collagen’s natural direction will also leave a wider scar. Langer’s lines, therefore, serve as a way to mark the directional growth of the collagen fibers themselves. This is especially useful for cosmetic procedures, where the ultimate goal is to achieve an aesthetically-pleasing outcome with minimal scarring.

Does a Surgeon Have to Always Follow Langer’s Lines?

No, absolutely not. In fact, there may be times when a surgeon has no choice but to go against the collagen’s natural direction. As such, these lines simply serve as guiding suggestions. If the surgeon is left with a choice as to where to make the next incision, however, they will most likely follow Langer’s lines as a general rule.

Karl Langer was not the first person to discover unique properties within the skin. In 1831, a physician named Guillaume Dupytren was tending to a patient who had stabbed themselves multiple times in the heart with a stiletto knife. Initially, Dupytren did not believe the patient because knives are flat and pointed, yet the patient’s circular wounds were not the correct shape. The injury, quite simply, did not match the weapon. Dupytren set out to recreate any possible conditions that could have caused a circular wound with a stiletto knife. Using a similarly-shaped spike called an awl, Dupytren stabbed multiple cadaver corpses in the heart area. Eventually, he found that the wounds from the awl became circular if the skin is under tension. Although Dupytren had discovered the effect that tension had on the skin, he could not understand the working mechanisms behind this anatomical discovery. It was Langer who, decades later, would later propose the directional growth of the connective tissues themselves were what determines the size and shape of a wound. Nonetheless, Dupytren had stumbled upon a scientific dermatological property that would benefit surgeons for centuries to come.