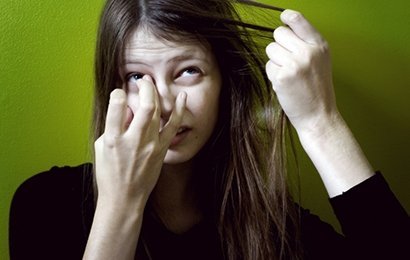 How Are Tricopigmentation and SMP Different?

The main difference between tricopigmentation and SMP is consistency. With SMP, there is a lot that can go wrong – the micropigmentation dots often look too big to be realistic, the hair pattern is botched (especially at the hair line), or the ink becomes an unnatural green and blue color as time passes. Milena Lardi’s method, however, produces consistent, natural-looking results. The artificial pigmentation looks realistic, and creates the illusion of fuller density in thinning longer hair, which is why her clinic is quickly become world-renowned. Her unique technique is just now hitting North America, though it has existed for a number of years in Europe before being “discovered”.

The major difference between the two types of micropigmentation is the type of ink used for tricopigmentation procedures only lasts on average for two years, at which point it needs to be reapplied. While at first this may sound like a disadvantage, this is actually a huge advantage. Unlike traditional SMP, which often looks unnatural over time due to additional hair loss or pigment migration, tricopigmentation allows for the artificial hair line and overall hair pattern to be reconstructed in a way that’s proportionate to their age. To put it another way, SMP can sometimes leave a fifty-year-old male with the unnatural hair line of a thirty-year-old because it can last for twenty years. Tricopigmentation, however, allows the hair patterns to be readjusted over time so that the procedure remains unnoticeable. This ability to reapply the ink reduces the potential need for costly corrective laser surgeries. The likelihood of a botched procedure is much lower than using traditional SMP techniques.

A final difference between the two procedures is tricopigmentation uses a special machine to power the application needle.

Is Density or Coverage Limited With Tricopigmentation?

Simply put, no. There is no limit to how much scalp area can be covered by this micropigmentation method. Tricopigmentation is applicable to any degree of hair loss, and can resemble hair stubble on a completely bald scalp. It can also add additional density to preexisting scalp hairs that would look barren and wispy otherwise. This is the only method (aside from hair pieces) that can fully conceal rare conditions such as Alopecia Universalis. 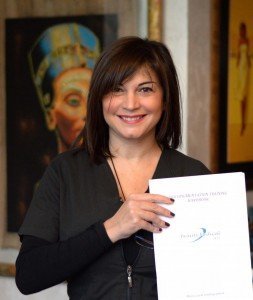 Milena Lardi has over twenty years of experience in micropigmentation, obtaining her degree in Esthetics and Micropigmentation in 1993. In 2002, she was honored as the “Best Beautician in Italy”. Her hair clinic, Beauty Medical, began to offer her special tricopigmentation technique to the public in the mid-2000’s. Milena has made pro bono work a part of her mission to help women with breast cancer by offering areola reconstruction services through the largest hospital in Milan, Italy.