The Hair Transplant Industry – What Procedure is Best? 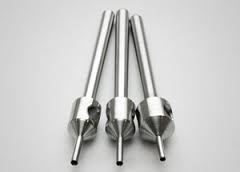 Who is the best doctor? What is the best technique? These are questions that I read and hear every single day. For over ten years I had a very simple and powerful answer based on my own experience and backed up by the fact that I had the most comprehensive visual documentation on the planet. Because of the flag I carried I was instrumental in etching into stone the endearing reputation of my doctor and the clinic in which he works. I fought the good fight and helped to usher in new standards for clinical results and how they are presented and set the bar for patient education. That was then however and this is now.

During the final few years of my tenure I saw the tide turning. The dominant procedure for hair restoration known as FUT or “follicular unit transplantation” was getting less and less attention in favor of the newest form of hair restoration known as FUE or “follicular unit extraction”. For the first several years that FUE was available it was a drastically inferior procedure as the survival rates for each follicular unit were atrocious and the doctors performing these procedures were not exactly recognized for their aesthetic abilities to begin with. I think, in retrospect, there are two primary reasons why FUE took so long to become mainstream. First, the inventor of modern FUE, Dr. Ray Woods, was notoriously secretive about FUE and how it was performed in his clinic. To his credit he did try to get other doctors in North America on board with his new procedure but he did so for the expectation of a training fee that was pretty high. I think that when the average price of a surgery is considered his fee was actually fairly reasonable but if there is one thing I’ve learned about doctors in the hair transplant industry is that they do NOT like to spend money especially if they think they can come up with a better mousetrap for less money. I’m convinced that had Dr. Woods given this information to the industry or had at least charged much less money for training FUE would have moved forward faster and with better tools earlier.

The second reason why FUE took so long to gain traction is because there were few first tier clinics that were embracing the technique early on. In North America you had Dr. Jones, Dr. Feller and Dr. Cole that were publicly embracing the technique but with different approaches. Dr. Jones incorporated it into his practice as an additional offering with little fanfare aside from it being less invasive, blah blah blah. Dr. Feller invented his own tools and gave it a serious shot and even coined the term “lunchtime FUE” to market small touch up procedures. Dr. Cole started marketing it the strongest out of the three and eventually switched nearly 100% to FUE. I think the problem with the approach by Dr. Cole was that he was a bit too strong in his claims early on in his FUE career. I think had he been a bit more reserved and realistic the technique may have been accepted and refined by more clinics earlier on. For those history buffs out there, yes, there was the Bernstein/Rassman FUE claims as well along with their “FOX” test to gauge patient candidacy but while they put out a paper detailing this technique they never really embraced it until they had no choice and even discredited it to some degree.

I too was on board with the anti-FUE discussions and I even lead the charge in some cases. I regret nothing because at the time I was spot on correct. FUE had lower yield compared to FUT (aka “strip”) which was the crux of my arguments. I fought long and I fought hard and I stand by those arguments still to this day. At the time, FUE was more primitive, not just in the tools but also the understanding of how to perform it consistently and who did and who did not make for a good candidate. The shortcomings to me were obvious but it is because I did not look at FUE with any emotional motivations. I had my own transplant work performed and it was performed better than perhaps any other doctor could have performed it and it was all with FUT. To this day there isn’t a single FUE procedure or clinic that can claim a repair result with a similar number of grafts and coming from such a Norwood deficit like that which I received from Dr. Wong. Considering where I started I think one word describes what Dr. Wong did for me…”perfection”.

The final few years of my tenure as Hasson & Wong became more difficult. Why? Because it was getting more and more difficult to discredit FUE and to be honest, I was starting to see some real progress that made me realize one all important and undeniable fact. FUT (strip) was going away and so were any clinics that were still desperately and stubbornly hanging on to their old ideals of what is “best”. To survive in the hair restoration industry one must NEVER become complacent and rest on the laurels of past performance. If FUE is not at least added into one’s practice then that practice is doomed to failure. I expressed my concerns and they were dismissed, time and again. However, I could no longer throw around blanket statements and claims regarding FUE vs. FUT as my conscience simply would not allow me to. One need only look at my posting history on any of the relevant discussion boards and it will be clear that while I had no problem talking about the benefits of strip I also began to publicly acknowledge and even endorse FUE. Below are just a few examples…

Fast forward to October, 2013 and I had the opportunity to peer into a crystal ball and see the future. It was at the ISHRS Conference which for 2013 was being held in San Francisco. The program brochure sent out to all the member doctors listed all of the discussions, workshops, etc. that were going on and what I noticed was shocking. Over the course of a few days there were only twelve events that had anything to do with FUT, most of which were comparing it to FUE. However, there were seventy-eight events going on where FUE was the only discussion point. How to perform it, entry level training tips and techniques, various tools and which is preferred for specific cases, etc. 78 discussions going on for FUE and only 12(!?!?) for FUT. There was a separate section for vendors where a lot of doctors will see new products and the vendors get to discuss and sell their products and anything surgical that had to do with FUE or surgery in general and nothing was specific to FUT. Not one single item or product – zilch, zero, nada. For anyone to see all of this and not embrace or at least acknowledge the fact that FUE is not only growing but FUT is on it’s way out is sticking their head in the sand and trying to wish back the glory days.