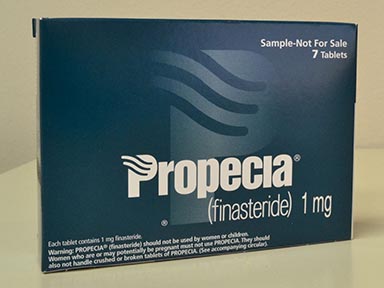 Originally marketed by Merck Pharmaceuticals, Propecia was approved by the FDA in 1997 to combat male pattern hair loss (MPH), and is manufactured in 1-milligram dosages.

How Does Propecia Work?

Propecia is a 5-alpha reductase inhibitor. 5-alpha reductase is an enzyme responsible for creating dihydrotestosterone (DHT), the sex hormone responsible for destroying hair follicles in certain individuals. DHT can gather in high concentrations in the scalp’s tissue, which can prevent the hair follicles from reaching the blood supply via the dermal papillae. By preventing the 5-alpha reductase enzyme from converting testosterone into DHT, Propecia can lower the amount of DHT in the body, which prevents additional hair loss. It’s important to note that this is only effective for those who are experiencing male pattern hair loss (MPH). Other forms of alopecia will not be affected.

A massive 2012 long-term study gave 3,177 Japanese men 1-miligram of Propecia every day from 2006 to 2009. Of this number, 2,561 men were taken in for observation. 2,230 Japanese men displayed signs of improvement pertaining to hair loss, signifying an overall success rate of 87%. 331 men did not experience hair growth. Of the 2,230 who did, 11% regrew their hair “greatly”, 36% regrew their hair “moderately”, and 39% regrew their hair “slightly” (these are according to evaluative experts who reviewed each individual). In all cases, the rate of hair growth drastically increased as the treatment wore on. Of the original 3,177 men, only 23 displayed side effects, which is less than 1%. Of the 23 men who displayed side effects, 7 decided to discontinue due to the severity.

A 1998 study followed 1,553 men with male pattern hair loss (MPH) for one year, and 1,215 of those for a second year. The men were 18-to-41-years-old. Some were given Propecia, and some were given a placebo. By using photographic evidence and expert analysis, the study concludes that those who took Propecia continued to experience hair growth, while those who took the placebo continued to experience hair loss.

Finally, a 2012 study concludes that Propecia is safer than Proscar because it only uses a 1mg dosage (compared to Proscar’s 5-milligram dosage, which only “slightly increases” sexual dysfunction anyway). In other words, the smaller dosage keeps the sexual side effects to a minimum.

What are Some Side Effects of Propecia?

Side effects from this class of medication can include:

These side effects are considered to be somewhat uncommon, but should still be discussed with your doctor before taking the medication. 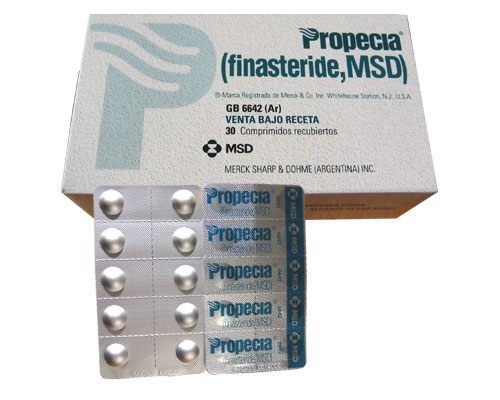 What are Some Potentially Serious Side Effects of Propecia?

Be sure to contact your doctor immediately if you find: