There was a time in my life, long ago, where my scalp had been untouched by the scalpel of a doctor. That time seems like a different life, a life of innocence and freedom. I don’t mean to sound so melodramatic but it is what it is. Ignorance is bliss and had I not been at the mercy of social pressures to fit in and the ambition of a local doctor my life would have taken on a much different direction. Through it all, however, I am happy with where I wound up but this has come at the price of surgical innocence. Here I am at the age of 16, just trying to fit in like everyone else. My hair was fine, thick and I had zero issues. These are the first of my hair transplant before photos. 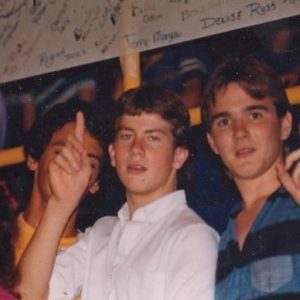 The tenth grade in high school. 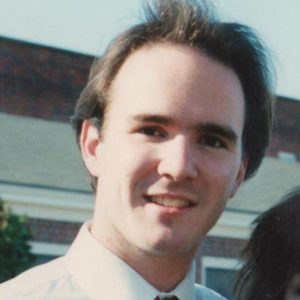 19 years old and with a high but still strong hairline
A short two years later and I was in my first relationship, but I noticed my hairline was getting a little bit higher. Short hair styles, and of course shaved or buzzed hairstyles, we not in fashion so that was out of the question. To shave one’s head meant you were a skinhead and so that was a definite non-option. All I wanted in life was to be accepted by those around me and to fit in. That was not to be unfortunately as only five short years later my insecurities would lead me down a path that no one would have guessed for me.

I had no idea that these would eventually be considered to be my original hair transplant before photos. By the time I was 22 I was sailing the seven seas. I had joined the Merchant Marines and spent some time in the Middle East. My head was shaved at one point and instead of sticking with the style, it was still not a popular hair cut, I let it all grow out. Knowing what I know now I could have kept it shaved or very short and been fine eventually but I was young and naive and still just wanted to fit in like everyone else. 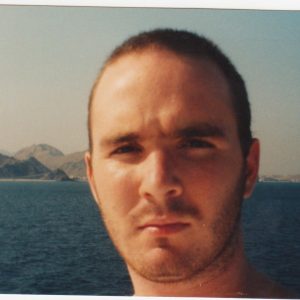 My hair was a non-issue during these days because it was still enough to pass as “normal”. I have a very good head shape for shaving and it would have served me well. I still to this day stand by the position that had I never had the two procedures with Dr. Norris I would have eventually just been a head shaver and not given hair loss much of a second thought. However, I don’t regret my decisions as it made me the man I am today but it is still interesting for me to think of where my life would be had I never taken the plunge to begin with. 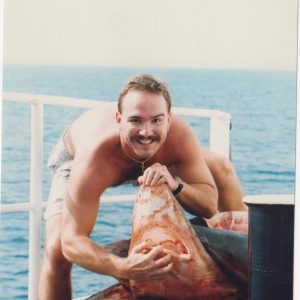 This poor guy pointed out my hair loss. I didn’t like that
A few months later my hair had grown out and I had settled into my role as a merchant seaman. I really enjoyed my life at sea and had it not been for a woman I had met when I was home in between assignments I may still be at sea. It was a wonderful life but of course at this age it is easy to be swayed by what is in front of you as opposed to what may lay ahead in life. That is part of the problem with society today, we want immediate gratification and we can easily lose sight of what the future may hold. I find this is common with a lot of people seeking surgical hair restoration. They fail to see, just because of a lack of understanding, how hair loss is progressive and surgery does not keep existing hair from falling out, it merely fills in the spaces where hair has already fallen out.
Here I am as I was nearing the end of my final tour. My hair had grown out more, I had had a few haircuts, and life was fun. My temples were receding more and had my loss not been addressed with surgery I would have been a full blown NW3 in about a year’s time. You can see the recession in the corners clearly if you click the image down below for the larger version. As a side note, the bag on the table was my first “real” camera. A Minolta Dynax 7000 (known at the Maxxum 7000 Stateside). I had loads of fun with this thing and I still have it to this day. 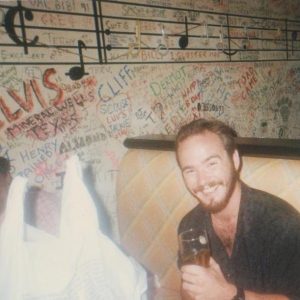 My hair grown out longer but the temples are seen to have receded more.