Where do I begin? Low Level Laser Therapy for hair loss, or "LLLT" for short, has been around for a long time. The first ever mention of low level laser therapy having a positive effect on hair growth was in 1967. A Hungarian scientist named Dr. Endre Mester was using the new laser technology to see if it would cause cancer in mice. I say "new" because lasers were only invented seven years earlier in 1960. During his experiment he shaved some mice so that the laser could better penetrate their skin (this wasn't a cutting laser) and while he learned that low level laser light doesn't cause cancer he also noted that the areas where the mice were "hit" with the laser seemed grow more hair. Is this conclusive evidence that low level laser therapy for hair loss works? Of course not, because the mice didn't have any sort of genetically programmed hair loss, natural or manmade, and they were essentially just normal average mice with their fur shaved off so it kind of doesn't make sense, unless there is more to the story, but it is the first documented observation of this phenomenon. Personally, I don't think we can rule out that he was just shooting lasers as these mice like any ten year old kid would as soon as he got his hands on a new laser toy, like kids do with magnifying glasses on sunny days:) This observation was made a full forty years BEFORE the first FDA cleared laser device for hair loss hit the market. This means that the technology behind laser hair restoration systems isn't anything new and in fact it is quite old in the overall scheme of things, not to mention it is fairly primitive. 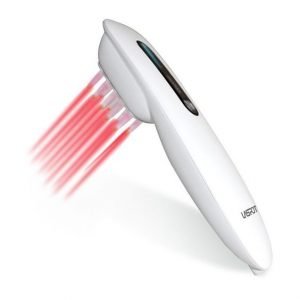 Notice that I referenced low level laser therapy systems being FDA "cleared" and not FDA "approved. Why? Because there is a big difference between the two. When we talk about a medical device being FDA approved we can only talk about a specific type of medical device which is known as a "class 3" device. These devices are considered to be dangerous and potentially life threatening if they are not reliable and made with high standards. Such devices can be things such as pace makers, dialysis machines, etc. These devices go through rigorous testing by the developer and manufacturer but also by the FDA and the FDA also studies the device for it's effectiveness, not just it's safety. To go through such rigorous review costs the manufacturer millions of dollars before the device ever hits the market. This is why such devices are never cheap and in fact, it is illegal for someone to market their device as FDA approved if in fact it is only FDA cleared.

FDA "cleared" references what is known as a 510(K) clearance by the FDA. 510(K) clearance has nothing to do with effectiveness and only has to do with safety. In other words, if you receive a 510(K) clearance from the FDA it means that it probably won't hurt you but it doesn't mean it is effective as claimed. Yes, studies are submitted to the FDA by the manufacturers showing their own in house testing results, which no doubt will show that the product is indeed effective but the FDA either ignores this entirely or takes the manufacturer at their word. Every marketing company in the world knows that if they can attach the words "FDA" to their medical or implied medical device then their potential sales will skyrocket. Having the FDA moniker means that the public can trust that the product is safe and, when worded the right way, that the product will do what it is supposed to do. So it is easy to see why it is common for marketers to use the term "FDA Approved" or "FDA Cleared" whenever and wherever they can. But what does FDA Cleared actually mean? It means that the product being submitted for clearance isn't anything new in that it has to meet a "substantial equivalence" to a product that is ALREADY ON THE MARKET! So, when the first low level laser therapy hair loss product gained their FDA clearance in 2007 it was cleared because it was safe based on similar technology already in existence in the marketplace. What was the technology that the first laser hair loss device was similar too? We have to look at what it is exactly a laser hair loss system consists of; the lasers themselves.

Low level laser therapy hair loss systems use various laser "diodes" that emit laser light in a specific wavelength and with a specific power requirement. This would be the 650nm (nanometer) wavelength and a 5mw (milliwatt) power range which puts such lasers in the "class 3" classification of lasers. This is the same classification as laser pointers you can buy at your local office supply store for twenty dollars or so. Each diode costs about 5 dollars if you were to buy one yourself so as a single laser they are very cheap and when you can buy them in bulk they are even cheaper. When you consider the latest hair loss laser systems can have over 200 of these diodes then the relatively high cost of these systems starts to make a bit more sense. Regardless, you can now see why laser hair loss systems aren't really anything new nor are they particularly reliable with regards to hard data on their efficacy.

However, even though I was one of the loudest critics of low level laser therapy hair loss systems when they first came onto the market with their FDA clearance based marketing in 2007, and most of the photographic evidence was shoddy at best, I am compelled to share that I am now convinced that these systems actually have merit. Yes, I think they do work. I was one of THE biggest and most vocal skeptics for many years but with my travels all over the world, visiting many difference clinics, I can say that I know they do in fact work. I've seen patients with my own eyes that have had notable improvements with only using a low level laser therapy system for treatment. I am not wrong often and in fact it is fairly rare but when I find out that I am wrong I have no problem admitting it and in this case, I was indeed wrong. Low level laser therapy systems can and do work but the problem is that, to this day, no one can actually explain with any sort of legitimacy, much less conviction, of how these lasers are affecting hairs so that they thicken. The ideas range of "exciting the mitochondria" to "bio-photosynthesis" but in reality, no one knows. Is this important? I don't really think so because, as I've always said, it is the result that matters.

Does low level laser therapy for hair loss work for everyone? No. In fact, the more hair loss you have the less effective it is, which is kind of a paradox but this is true for every non-surgical solution there is. In other words, if you're bald, lasers won't work any more than medication will. Low level laser therapy, as well as medication and medical procedures such as PRP, only thicken hairs that are miniaturized and the degree of thickening varies depending on the procedure and your specific extent of loss. Lasers don't work for everyone even people that have the supposed "ideal" characteristics but it can and does work for meany people to varying degrees.

What Are My Low Level Laser Therapy Options? 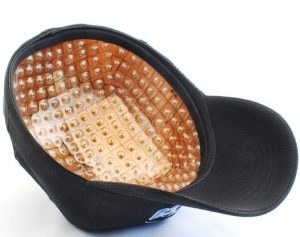 There are three basic types of low level laser therapy devices on the market. The first type is the hood system. These systems were popular in the early days of low level laser therapy for hair loss. They are also the most expensive and inconvenient systems to use. They consist of a tower and an articulating arm that holds a helmet that is full of the laser diodes. The one I have in the video above had 115 laser diodes, all class 3 lasers, and requires the patient to come into a clinic at least once a week for treatment. The clinics that offer this option will usually charge 3000 to 6000 dollars per year. The second system you will find in the market is a brush or comb system. These systems claim better light "penetration" into the scalp since it separates the hair that would otherwise block the light from reaching the scalp. This makes sense but I can't say if the claim is true or not. These systems will have a much lower diode count than the hood or hat styled systems but we do not know if there is a benefit or penalty to the number of diodes that any particular system incorporates into their low level laser systems. The third system is the hat based system which will be a baseball cap style system or a helmet. Both sit on your head and allow you full range of motion throughout the day as they simply sit on your head and carry their own power source. Some will have a belt clip style battery pack that attaches via a wire you can hide under your top or a batter pack in the system itself. The cap systems appear as a normal baseball cap (you can use your own cap if you like) placed over an underlying skin that has the diodes inside. You can wear these out in public and still look normal like anyone else out and about. What system is better for you and which works best? I have no idea so whatever system you may be considering be sure to do your research and ask to meet patients for yourself.