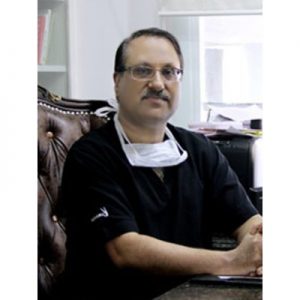 FUE and the subsequent FUE problems we face today were never foreseen by most people even a few short years ago. In 2013 my eyes were opened wide. I was in San Francisco, California attending the ISHRS conference with one of my former employers. For eleven years before this conference I had been the mouthpiece and face of the true megasession hair transplant procedure via follicular unit strip surgery. Ironically, I never had a megasession myself as the largest surgery I've ever had was 2488 grafts. For the last few years that I worked for the clinic in Vancouver I started to see more and more good FUE results online. For the first several years after FUE was introduced I had been seeing dozens of FUE problems every year but as time went on things started to improve. FUE problems were becoming more rare. The cases were more natural than ever and the size sessions were bigger too. More importantly it seemed as if doctors were learning the ideal punch size and how to properly distribute the extractions to avoid having obvious areas of over extraction, sometimes referred to as "moth eaten" donor zones. In short, I realized that FUE was getting better and it would no longer be fair of me to be so critical of the procedure as I had been in the past.

So it was at the 2013 ISHRS conference that I realized not just how right I was in my initial observations but what it meant for the clinic I worked at and even more disturbingly, what it meant for the industry at large. I saw hundreds of doctors at this conference that I had never seen before, never heard of before and probably would never see again but the one thing that they all had in common was FUE. In fact, FUE was so prevalent at this conference that strip surgery, or "FUSS", was not the primary subject of any presentations or discussions during the conference. The few times it was mentioned was when it was being compared to FUE. I knew right there that for better or for worse the future belonged to FUE and for my clinic to survive it had to adapt immediately but more importantly I knew that FUE was a potential horror story in the making because of two reasons:

Both points above have lead to an explosion of hair transplant clinics worldwide and the FUE problems they create. The industry is seeing growth as never before and it is exactly because of the two reasons I discuss above that this is happening. Because of FUE we have clinics full of technicians doing surgery where a doctor is not even involved. I revealed this type of practice with an expose you probably saw where I went to Turkey and posed as a patient so I could get inside to see how they do things. The hair transplant fraud video shows the consequences of how FUE can be exploited.

This brings me to the point of this blog post. Dr. Tejinder Bhatti of India has a strong worldwide reputation and is one of the few doctors in India that has committed himself to doing his FUE procedures himself and he dedicated his practice to FUE only several years ago. In the video below Dr. Bhatti shares twelve cases of failed FUE hair transplant surgeries. He discusses the consequences of the exact issues I discussed here and years ago in the past. Unqualified clinics by the hundreds are performing FUE surgery when they have no skill, no experience and patients that don't know any better. I saw this video today and I was glad to see someone else addressing the problem. For the record, Dr. Bhatti is discussing the book he co-authored with Dr. Sam Lam but I am not endorsing this book at all as I don't have a copy so I've not had a chance to read it. What I am endorsing is Dr. Bhatti's position on FUE and how there is a problem with too many clinics performing poor to abysmal work.

Some of the cases that Dr. Bhatti presents in this video are horrific and represent common FUE problems that are happening more and more frequently. I've seen many FUE problems like this myself and it is something that I can never get used to. These cases represent all that is wrong with FUE and how easy it is for doctors and clinics to misrepresent themselves but also how easy it is for patients to believe what they are hearing. They are not told so much what the result will look like but rather they are told it is much better than strip so the strip scar is the focus of the sales presentation. In countries like Turkey and India strip is not really a consideration but rather the perks of what is sold with the hair transplant can often times take center stage.

Of particular note is that Dr. Bhatti, using captions, points out the issues that sometimes leads to a bad result.

I could go on and on about ethics and how I feel about the issue but to do so would fill a small book (idea?). The past decade for me hasn't helped in that regard but this is about this particular small area of the problems we are now seeing with FUE.