What is a Follicular Unit Strip Surgery? 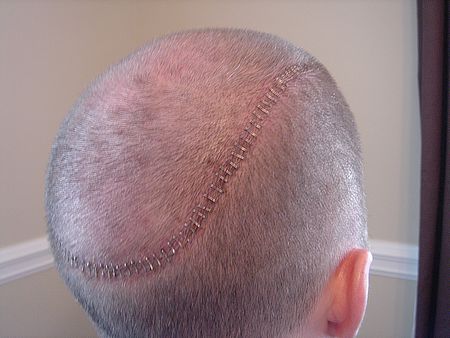 A follicular unit strip surgery (FUSS) can ultimately be classified as a hair restoration method that takes hair from the back of the scalp (specifically, the occipital area) and transfers it to the other parts of the scalp. This allows hair to grow in areas of the scalp that were previously balding or otherwise producing thinning hair.

What Happens during FUSS Surgery?

What are some Potential Complications that can arise from FUSS?

The following are complications that can accompany a FUSS procedure:

Nearly all the potential complications from FUSS procedures are due to surgical error, and can be minimized by choosing a highly competent hair transplant doctor. Some complications such as excessive scar formation can be due to patient physiology.

When is Follicular Unit Strip Surgery not advisable?

Dr. Limmer is a hair restoration doctor from San Antonio, Texas who introduced stereoscopic microscopes into the field of hair restoration in 1994. Using this new technology, doctors could harvest 30% more hair from the donor strip. These new microscopes also allowed finer grafts to be created, which meant that much smaller incisions were required, thereby reducing the chances of scalp trauma while increasing the potential to achieve a greater hair density and naturalness.

Dr. Limmer’s method took nearly ten years to become the gold standard in all hair transplants worldwide and has remained as such until 2014 when FUE finally gained parity with the procedure on a global basis. The use of FUSS is now on the decline worldwide as FUE continues to gain in popularity. The decline of FUSS will continue with the expectation that by 2025 the procedure will be relegated to a few niche clinics in North America if it is still even offered at all.

The Current Misusage of the Phrase “Follicular Unit Transplant”

Some readers may notice that the abbreviation “FUSS” is used and not the abbreviation “FUT”. The phrase “FUT” is currently used to distinguish between donor zone strip surgery and follicular unit extraction (FUE) surgery in most publications and online resources. Technically, since both procedures consist of transplanting follicular units from a viable donor source into areas where hair is thinning or missing completely, HairTransplantMentor.com now considers this to be an incorrect use of the term. Even though FUE surgeries take individual follicular units from the scalp as opposed to a strip, a more appropriate term to reference strip surgery is Follicular Unit Strip Surgery (FUSS) as utilized on this website, and as originally described by Dr. Alvi Armani in the late 1990’s. This is also the preferred term by this website for complete accuracy. It is the opinion of HairTransplantMentor.com that all references to follicular unit strip surgery should no longer be referenced as FUT and instead should also adopt the abbreviation “FUSS”.