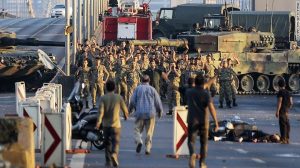 The tides of change are rolling in. What was once the powerhouse destination in the hair transplant world is beginning to crumble for a number of reasons. I'm talking about the country of Turkey which has been growing as the #1 destination for the explosive industry known as "medical tourism". For the past several years I've been reading about patients wishing to have an FUE hair transplant in Turkey due to the extremely low price and the supposed high quality of work that could be had. At the peak of it's popularity Turkey was responsible for, potentially, up to 25% of all hair restoration surgeries being performed worldwide. All of the forums talk about patients going to have an fue hair transplant in turkey on a daily basis and you see the ads on Google any time you type in "hair transplant". It has been an unavoidable facet of the hair transplant industry for the past few years.

Lately I've been seeing cracks in the foundation of this massive industry and it has come to us in the form of terror and civil unrest. It has been estimated in the media that terror attacks over the past eighteen months have reduced overall tourism in Turkey by 28% which is the largest decline since 1999 (source-http://www.hurriyetdailynews.com/). There are other estimates that are higher but this seems to be reasonable to me but the question with regards to this post is how will it affect medical tourism and hair transplant surgery specifically? It is tough to say because hair loss sufferers are a determined bunch. Will the hair transplant industry in Turkey collapse or will it be merely temporarily wounded? It is difficult to say for sure.

Keep in mind that the reduction in tourism I cited earlier was published in May, 2016, well before the recent coup attempt that occurred this past weekend on July 15th, 2016 (it was the most recent I could find) so the immediate hit to tourism in general can only be assumed as massive and substantial due to the closure of Atakurk Airport and Sabiha Gokcen Airport, the two main airports in Istanbul. They have since re-opened but not all countries have resumed flights 100% in and out of Turkey as of this writing due to the continued uncertainties surrounding the unrest. The day after the coup the U.S. Embassy website said that no flights from Turkey could come to the U.S. and no U.S. carriers can fly in or out of Turkey. The notice was still in effect as of today, July 17th.

So what does this mean for anyone wishing to have an FUE hair transplant in Turkey? Will it still be safe? Will it remain such a bargain considering the increased security? I think it depends on two things. First, it depends on where a patient is from. A large percentage of patients that seek to have an FUE hair transplant in Turkey come from the Middle East, particularly the gulf states, such as Qatar, Saudi Arabia, Dubai, Abu Dhabi and Kuwait so the flow of patients from this region shouldn't be impacted very much. The patients will still come with a moderate decrease overall. However, patients coming from the West are sure to think twice as Turkey has already been the target of multiple extremist attacks in the past year with what seems to be a focus on popular tourism destinations as well as government institutions. With the anti-Western sentiment that is growing and the increased braziness of some extremist groups targeting Western tourists specifically it is only common sense that the bulk of patients coming from the West will drop significantly. The recent coup attempt is guaranteed to bring about changes that can only mean increased security and eventual difficulties and has all but guaranteed that 2016 will be a catastrophic year for hair transplant clinics in Turkey.

But what about the determined hair transplant patient that refuses to pay the premium that is required by Western clinics? Having an FUE hair transplant in Turkey today means paying approximately 75% less than what will be paid in most Western clinics and in many cases it can be up to 90% cheaper! Of course, the procedures (graft counts, quality, etc.) won't be the same but for the sake of discussion they both are the same on the surface. Will these patients still come to Turkey despite the increased risk to their safety? I think some will and I think part of it will be because the Turkish clinics will start to increase the "freebies" they offer with surgery. Currently, most clinics offer not only hotel accommodations at high end four and five star properties but they also provide personalized driver service to and from the airport, many times in a luxury car (BMW, Mercedes, etc.). I foresee additional offerings such as spa packages and/or complete tours of the city (some already offer this) all for one low inclusive price. The clinics in Turkey will have to do something to entice foreigners to continue coming and they can't possibly lower their prices any further so additional services is the only answer.

Regardless of what FUE hair transplant clinics in Turkey do to try and survive I think that there is a strong chance the powerhouse of the Turkish hair transplant market, and the medical tourism market in general, is about to take a nosedive and I doubt they will recover. With the recent coup attempt and the subsequent crackdown on civil liberties and potentially even more restrictive laws and rules I find it difficult to believe that everything will return to normal. I could be wrong but things have been getting worse in Turkey for the past two years and with Syria right next door it has been an inevitable development. I think some clinics will even make efforts to move out of Turkey into neighboring European Union countries, such as Romania and Latvia, and even deeper into Europe as a whole.

What you do you think about getting an FUE hair transplant in Turkey? Do you think it's still safe or do you think that it's popularity is about to come to an end?