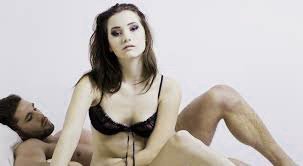 The fact is, ED affects one in five men in North America that are over the age of 20 (according to a 2007 study) and this has nothing to do with Propecia. In fact, the statistic gets worse as men age. This affect The known causes for ED are related to diet, nutrition levels, lifestyle, diabetes, cardiac issues, medication usage such as antidepressants, etc. so the idea that Propecia is the cause of every case of ED, if the drug is actually taken and erectile dysfunction is experienced, seems to be a convenient but not always accurate correlation.

Erectile Dysfunction Due to Genetics

Now researchers published an erectile dysfunction study that has pinpointed another previously unknown cause of ED; genetics. Specifically, researchers were looking at a database of 37,000 medical records, after getting permission from the patients, and in this database they identified a "spot" on the sixth chromosome that they associated with erectile dysfunction. The "locus" which is referenced as an area of a chromosome, was identified near SIM1 gene. This observation was reinforced when the researchers tapped into an even larger database from the United Kingdom that had the records of 200,000 participants. This means that the information is credible only because it isn't a study carried out with seven to fifteen participants like most of the studies we see that tend to grab the headlines so often sought and revered by hair loss patients.

The reason why I think this is an interesting study is because it reinforces the fact that ED happens to more men than most people realize, and with a 20% chance of any healthy man in his twenties having erectile dysfunction, and that number going higher with age, it is far too easy to point to Propecia being the cause. The new data in this study noted that roughly one in three men have an issue with erectile dysfunction, so there is even more evidence that this is an issue outside of the scope of Propecia.

The full report can be found here...

Laser Caps and Laser Helmets, The Truth on The Bald Truth