What is Diffuse Unpatterned Alopecia (DUPA)? 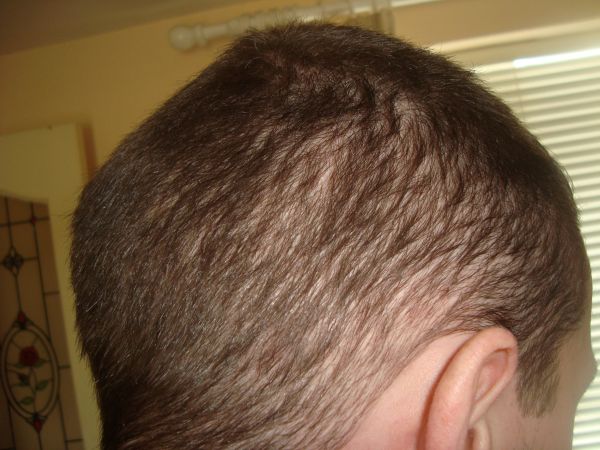 Diffuse unpatterned alopecia (DUPA) is a rare type of widespread hair loss that permeates throughout the entire scalp. The hair loss can and does affect all areas of the scalp including the area traditionally safe from hair loss, the safe donor zone in the occipital scalp This makes hair restoration unsafe for the long term and potentially a waste of money.

How is Diffuse Unpatterned Alopecia (DUPA) Different From Normal Alopecia?

As the name insinuates, DUPA hair loss does not conform to any one pattern of traditional hair loss, and mainly causes changes in hair density as opposed to complete baldness. As such, it cannot be identified using the widely recognized Hamilton/Norwood charts, which visually depicts the most common forms of hair loss.

How can my Doctor Diagnose Diffuse Unpatterned Alopecia?

Since the donor zone is compromised, hair transplants are not generally recommended for those with DUPA. A follicular unit transplant (FUT) will simply not work because it requires the hairs to be dissected from the donor zone, which is insufficient in this case.

A follicular unit extraction (FUE) is similar to a FUT, but it can utilize hairs that are not in the donor zone. However, these alternative hairs are usually not in good condition due to DUPA, and will often not survive. Thus, a FUE procedure on a patient with DUPA will most likely yield temporary results that will be completely negated as the transplant hairs succumb to the androgenic condition.

Men and women can alleviate their DUPA symptoms by taking Rogaine or Propecia. Although the medication may slow down the rate of DUPA, it is by no means a way to end the condition permanently. As of now, there is no permanent solution to stop, maintain or reverse the effects of DUPA

Who is most at Risk for Diffuse Unpatterned Alopecia (DUPA)?

DUPA is thought to be genetic, and can occur at any age. However, it is far more prevalent among women. In fact, DUPA is the leading cause of hair loss for women in general. Perhaps this is why women are rarely seen balding in the same horseshoe-shaped pattern that men with diffuse patterned alopecia tend to.